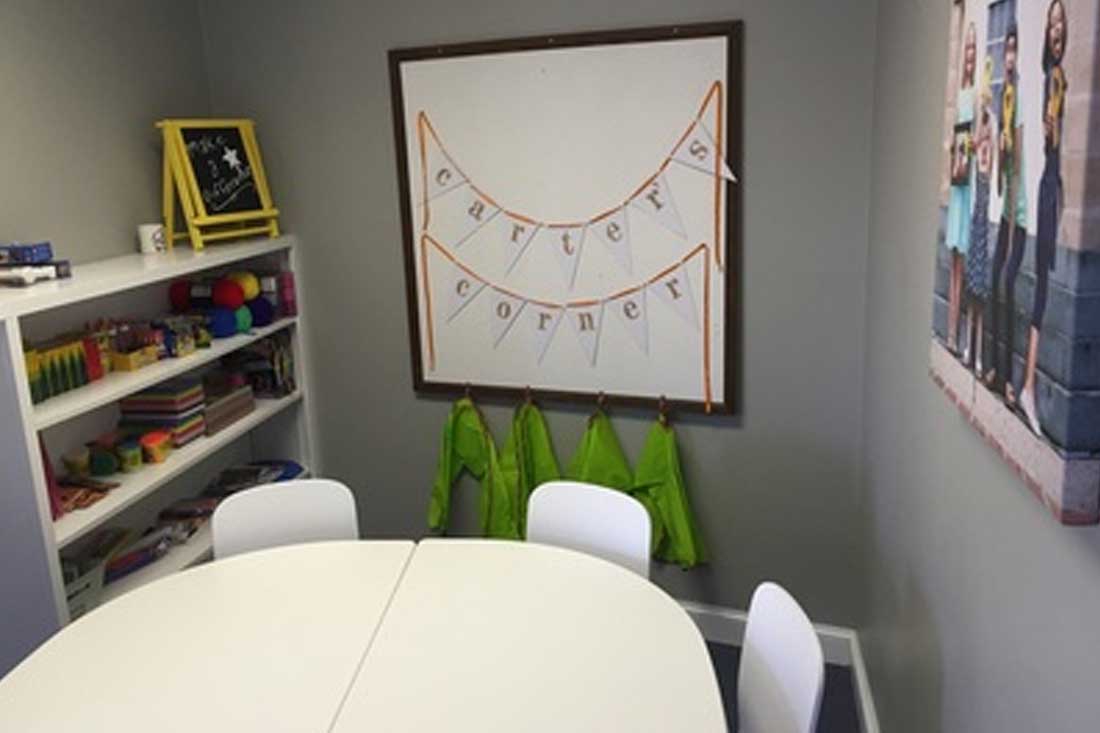 One day back in 2009 while our children played, my neighbor mentioned a little boy who was dying from cancer who lived not far from us. She was making a meal for the family and shared what she knew about this family facing the unthinkable. I remember being heartsick and hearing that little boy’s name was Carter and ironically not offering to take a meal.

Maybe six months after Carter passed, I was shopping downtown and walked by Sweet Caroline’s Boutique. By this time, I knew that the shop was owned by Carter’s mom, Courtney and one of her best friends. I saw his mom standing there behind the counter and knew I needed to go in and tell her how sorry I was for her loss. I didn’t want to. It scared me. I feared saying the wrong thing, feared my mentioning him would bring him up and remind her of her loss, thought why ruin her day by talking about him but I decided I needed to suck it up and go in. You know that feeling of fight or flight? That’s where I was. I didn’t want to go in but something pulled me in that store. Eventually after pretending to shop, I made my way to the counter and face to face with this stranger who was in the thick of every mother’s fear: losing a child. I looked right at Courtney and said something that I don’t really remember now but something like I know about Carter and I am so sorry. Amazingly, she didn’t come undone. She looked at me with tears in her eyes and appreciation on her face and knowing Courtney, probably said thank you. My memories never seem to be in words so much as emotion and there was so much emotion between us in that moment that I am not sure our exact words are relevant. What I do know is that moment launched a friendship that would not only change me as a person but FGP as a whole.

In the last 6 years, Courtney and I have become friends. She’s also become a huge advocate for FGP and our mission. For those of you who have heard me tell the story of the start of FGP and the surveys of pediatric cancer families found that every family except one felt alone in their fight against pediatric cancer. Guess whose family it was? Courtney’s and as a result, she and her husband see a need to help others because they were so loved and supported through Carter’s illness. And so now they raise money through the Carter’s Crusaders’ Golf tournament to benefit FGP and she serves on our Cancer Parent Advisory Board. But she also is my go to. She’s the person I call when I don’t know the best approach for a family or I don’t know how to move forward with something and need to know the perspective of a “Cancer Parent”. Without realizing it, she has helped shape and grow FGP to where we are today.

She always really wanted to start a nonprofit in Carter’s honor and instead has put her efforts toward FGP which means more than words can say. In doing that, we have grown, changed and better meet our families’ needs because of her love, support and knowledge. One thing she’s shown me is that families need more support and so in our new space we are offering that. We are providing space for the families to come to spend time to get away, see other families and feel supported. One part of our new space is a corner where the kids can come and do crafts and activities. This was made possible entirely by the generosity of Arista Real Estate, who donated the huge selection of art supplies, the table, and the chairs! (More information about working with Arista Real Estate will come soon, in another blog post!) This new space has been named Carter’s Corner in honor of Carter who lost his battle in 2009. And while I never knew Carter, I know that if he was anything like his parents, he must have been pretty amazing. Without further ado here is Carter’s Corner: 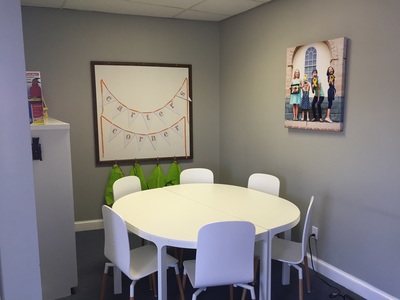 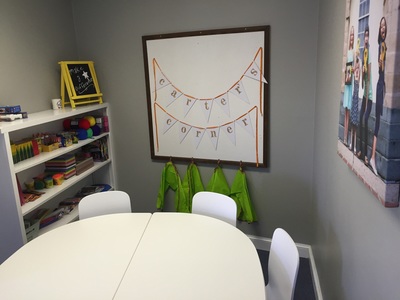