MEET THE DOLVINS (IN KAREN’S WORDS)﻿ 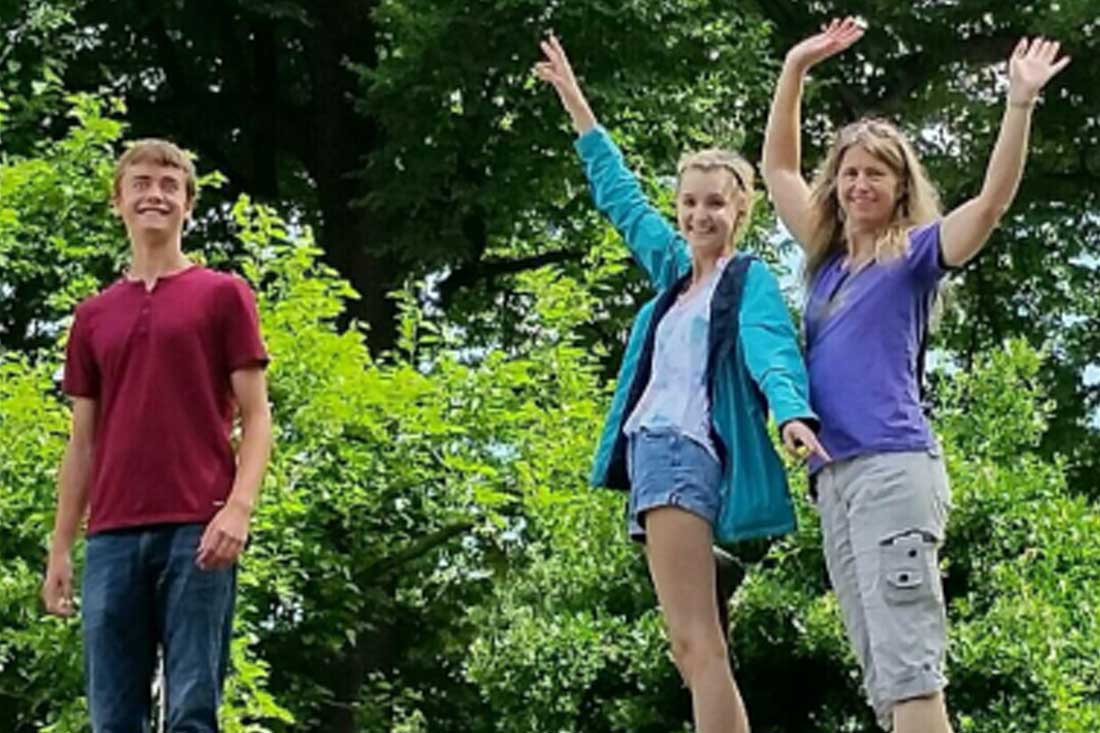 So, when I was initially faced with the task of describing our family, I came up empty. I mean, after all, who has time to just sit around contemplating the nature of their family, right? But if I had to come up with one word to describe our family then I would use “swimmers”. Not that we are gifted swimmers in the literal sense. However, we ARE pretty dang good swimmers in the Dory sense of the word. If you are not familiar with the currently popular Dory character, and her well known phrase “Just keep swimming”, then just Google it and you will be enlightened.

We are a family of three, myself and two kids, Daniel (age 16), and Lydia (age 18). My husband, their father, Wes, passed away in 2009. Wes had recovered from a liver transplant, later developed an aggressive brain tumor, and passed away within 6 months. Wes’ illnesses and subsequent death were a difficult time, but I believe it drew us closer as a family. We tried to stay focused on Daniel and Lydia staying connected to the things they loved. Lydia kept her leading role in the Community Theatre, and Daniel stayed active with his boy scout troop. Our strength comes from our drive to “just keep swimming. We keep going and find an element of humor and joy as we go along. Our next encounter with life threatening illness came in September 2013.

Lydia ran track in middle school and cross country in high school. As she began to get back in shape for cross country in 2013 she found that she was struggling to get back into shape and as the fall season started she was experiencing deep fatigue and even passing out during exercise. Medical evaluation and tests ensued then we got the phone call from the pediatric cardiologist, “There’s this mass in her chest…..”. Definitely NOT the words you want to hear, especially after having lost a family member to an aggressive brain tumor. Lydia was hospitalized in September 2013, diagnosed with Hodgkins Lymphoma and started on intensive chemotherapy immediately. She missed her entire Fall semester. The following summer and fall were spent with no evidence of disease. Then came Winter 2014 which brought with it a recurrence of Hodgkins Lymphoma. Lydia underwent months of intensive chemotherapy and an autologous bone marrow transplant was in Spring 2015.

Our medical experiences could fill a book. Suffice it to say that Lydia had to miss a full 3 to 4 semesters of her high school career, but she managed to maintain her position in the Commonwealth Governor’s School and graduate at the top of her class, and earn admission to William and Mary.

Throughout the hospital stays, the nights away, our grandparents, aunt, and close friends filling in on the homefront as well as the hospital front, we somehow managed to keep swimming through all that treatment. There was anger, there was sorrow, there was resentment. But there was also the sun coming up the next morning, there were practices and track meets, and there were dogs that just wanted to be fed and love us, and so we kept swimming.

I work as an RN in home health, Lydia just graduated from Caroline High School first in her class and is headed off to the College of William and Mary in August, and Daniel attends Caroline High School where he runs competitively year-round. We all love animals and share our home with 4 dogs, 2 cats, 2 chickens, and one goat. We have a common love for good TV drama, movies, and American Ninja Warrior. (What can I say, some families bond over sports, we appreciate quality acting and athleticism). Today we are still swimming along. As of this writing, Lydia continues to be in remission with no evidence of disease. She completed high school with honors, delivered a beautiful speech at graduation, and is busy preparing to head off to college come August. Although she continues to deal with some lingering after effects of the bone marrow transplant, she has regained strength and requires decreasing amounts of medications. Daniel continues to run with the grace and form of a gazelle and is preparing for travels to Germany this summer Our family keeps on swimming, and we do it with a touch of grace and style.